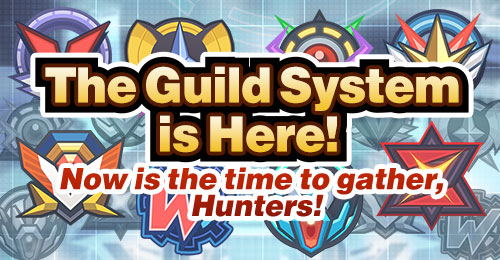 For players who have collected numerous hunter programs, have you ever imagined that perhaps one day, you will be able to partner up with others with kindred spirit to create your own guild in the world of Mega Man so that you can fight with companions by your side?
For those looking forward to this feature, we have excellent news for you!
In the world of MEGAMAN X DiVE, the new “Guild System” has been officially launched, so let’s take a moment to find out more about the system! 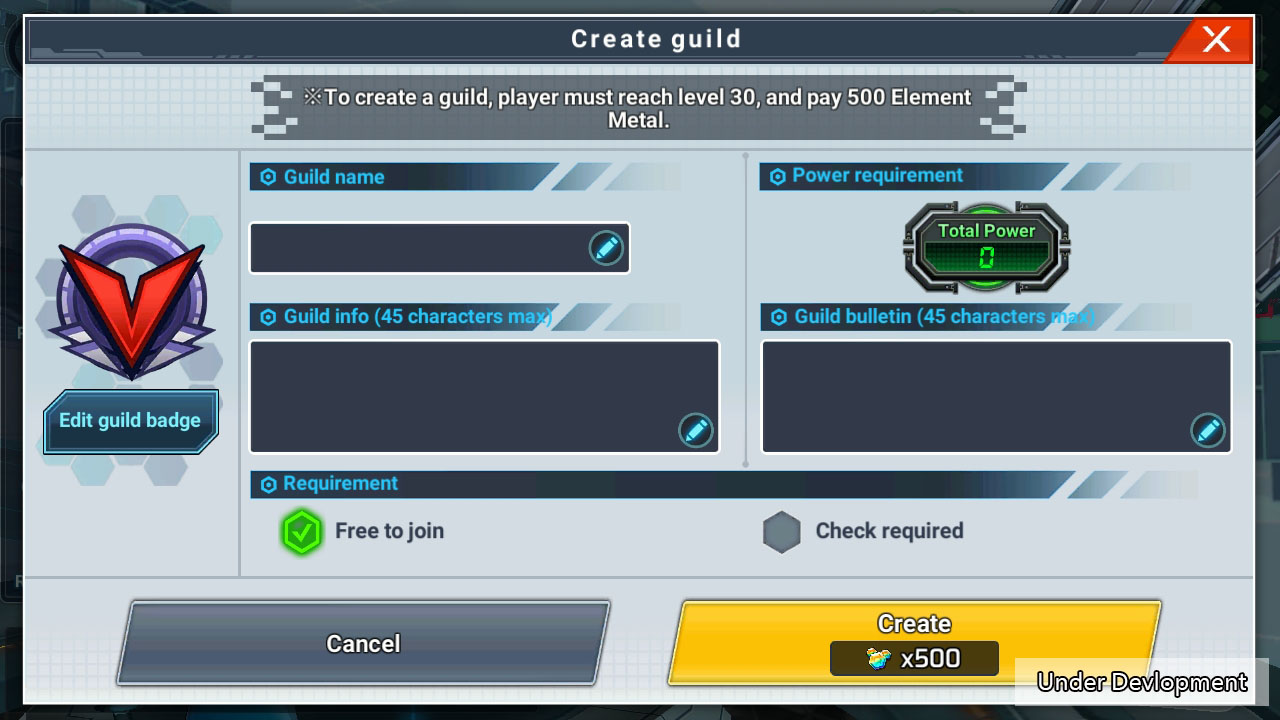 【Guild Creation】
Players must first reach Level 30 in order to create or join a guild.
Players who meet the level requirement and have not joined another guild may spend 500 Element Metal to create a guild.
You can enter up to 20 halfwidth (or 10 fullwidth) characters for the guild name, so come up with a creative name for your guild. 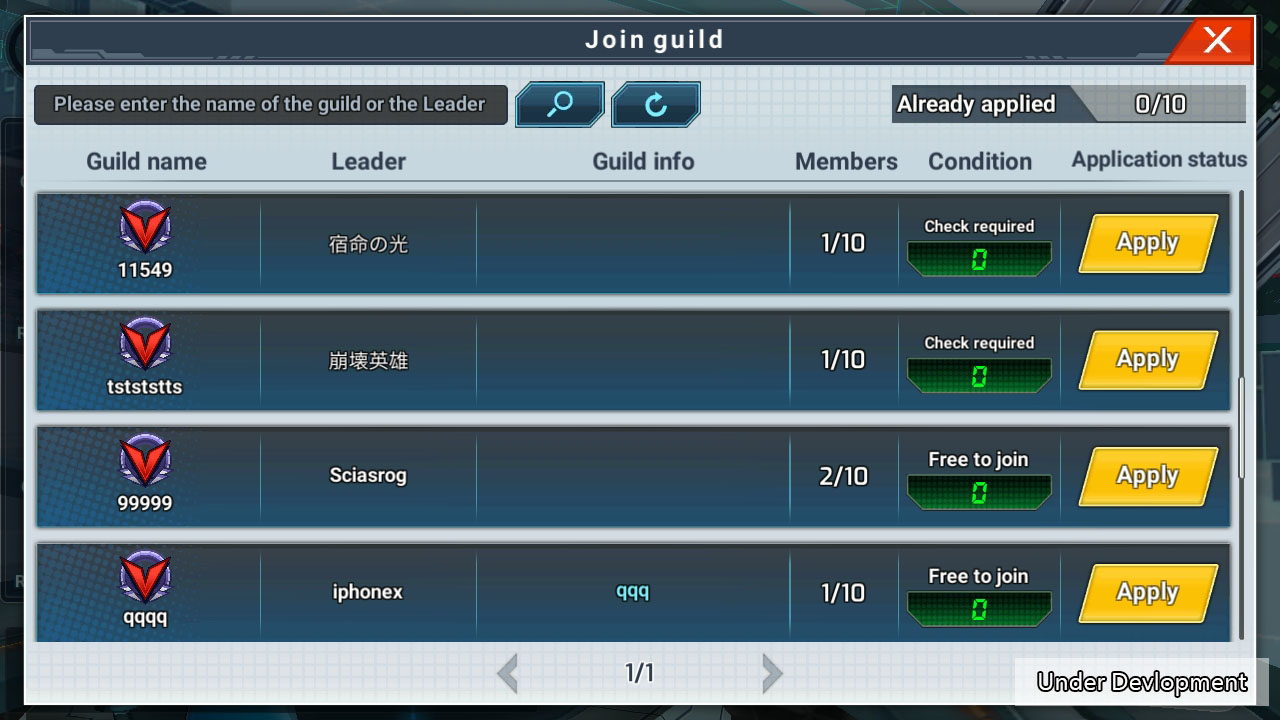 【About recruitment and joining】
1. The Guild Leader can choose to either set battle power as an application requirement or freely accept member application without any requirement.
2. Once a guild has been created, the Leader can select applicants to become members through the guild application interface or use the Invite function to find more members.
3. Guild applications will be valid for 24 hours and will expire after. Players still looking to join a guild will have to re-apply or find another guild to join. 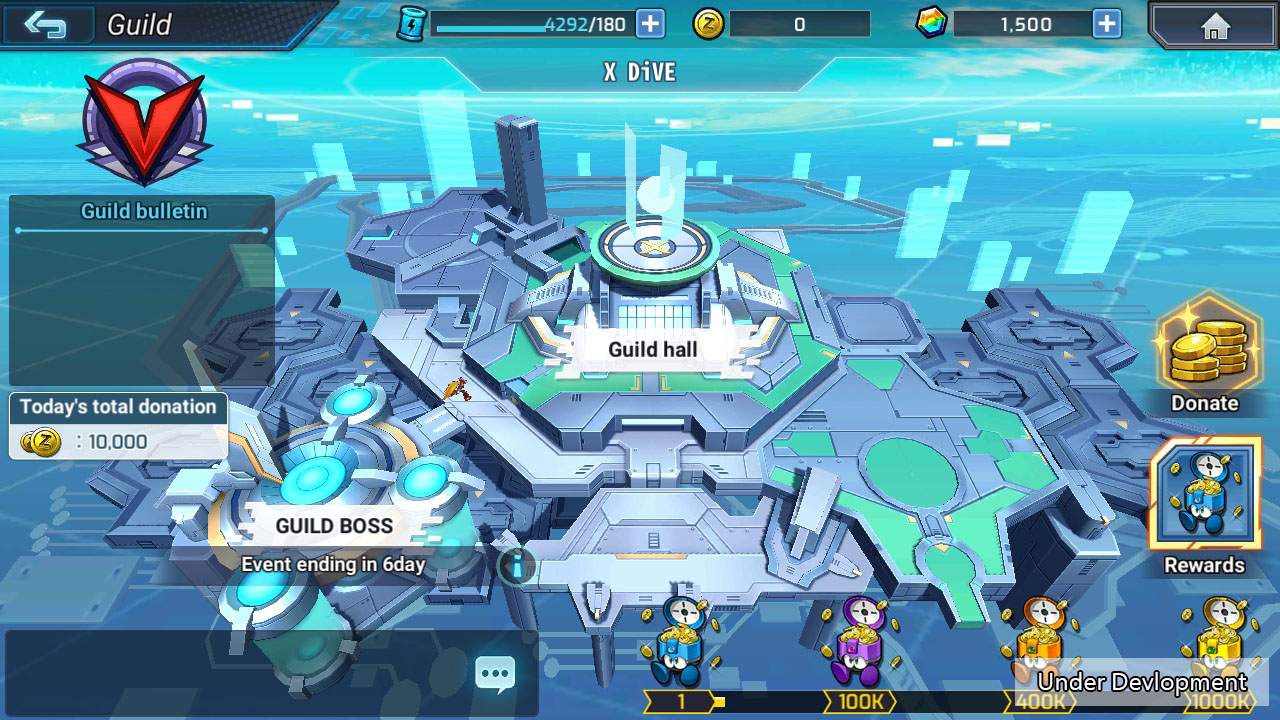 【Overview of Guild Functions】
1. Guild Lobby: Here you will find general information about the guild, guild member management functions, position assignment and push notification of messages and announcements for guild members.
2. Teleportation Device: Here you will find crucial information such as the starting and ending time of Guild Boss Expeditions. It will also check whether a member is qualified to participate in the GUILD BOSS event, display relevant information such as number of challenges remaining, guild contribution, BOSS HP, ranking and real-time battle information.

【Perks of Guild Creation/Joining a Guild】
1. Access to the Guild Channel to communicate and interact with other members.
2. Access to various guild facilities.
3. Guild members will receive different colored guild chests on the following day based on the total of guild donation for the previous day. Different colored guild chests will contain different rewards.
4. Opportunity to take part in various Guild activities and events (i.e. GUILD BOSS fights)
Note 1: Guild-only GUILD BOSS events will be held sporadically. Be sure to check out our weekly announcements and prepare for upcoming GUILD BOSS expeditions in advance.
Note 2: Once a guild has been created, only players from the same server may apply to become members. Players will not be able to join guilds that are on other servers. 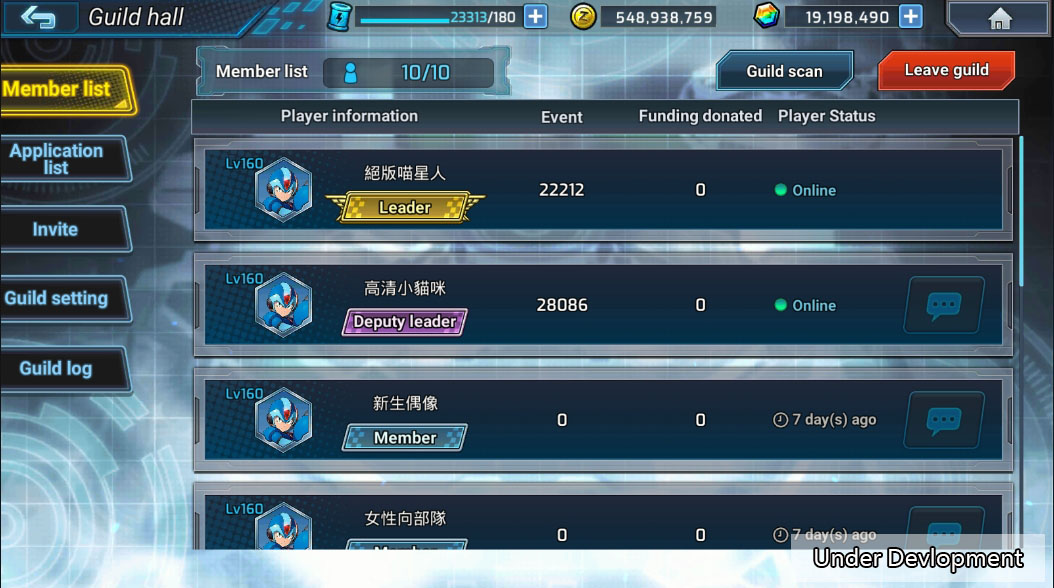 With the launch and introduction of the new 【Guild System】, players who get limited enjoyment out of solo plays will welcome the experience of interacting with others through this system.
The MEGAMAN X DiVE will continue to showcase and introduce more features for the【Guild System】, so don’t miss it!

From the MEGAMAN X DiVE Team
Back to news